«In August, Daniel presented his paper at ACL 2019, in Florence. ACL is clearly the number one conference in Natural Language Processing. Daniel also won the second place at the 2019 SemDeep challenge and presented our solution based on Word Sense Disambiguation in the SemDeep workshop at IJCAI of Macao, which was also held in August.

Coordination of LIAAD – Laboratory of Artificial Intelligence and Decision Support

What is the paper’s theme that was presented at the Natural Language Processing conference? And why was this participation important?

The paper’s article was word disambiguation using the latest advances in Neural Language Models (NLMs). In this paper, we were able to demonstrate that the goals used to train these NLMs lead to a representation of words that is not only context sensitive but is also able to differentiate between different word meanings. Our solution was designed for English, but an example of this functionality in Portuguese might be the ability to associate the word ‘bank’ in the phrase ‘The bank (in Portuguese “banco”) closes at 3:00 p.m. referring to the banking institution bank, and with the same model, associate ‘bank ‘in the phrase’ The bench (also “banco” in Portuguese) is in the garden referring to the seat. For our research purposes, the most interesting result that we presented in the paper is the ability of this solution to go beyond word disambiguation and to be able to make associations between specific concepts and common sense concepts.

About the 2019 Sem Deep Challenge, what characteristics of your work motivated this 2nd place distinction?

This challenge served as a great use case for the solution that we presented in the Association for Computational Linguistics paper. The goal of this challenge was to obtain the best possible result from a very recent task called Word-in-Context, which basically consists of determining whether a given word that occurs in two sentences has the same meaning in those two sentences or not. That is, it is very related to disambiguation and, going back to the ‘bank’ examples mentioned above, the task here is even simpler because we don’t have to associate each occurrence with a particular meaning, we just have to say if they share the same meaning. Despite the simplicity of the task, test cases are very difficult and the WiC task has recently been included in a very narrow group of particularly difficult tasks that are used to measure the progress in NLP (this task group is SuperGlue). 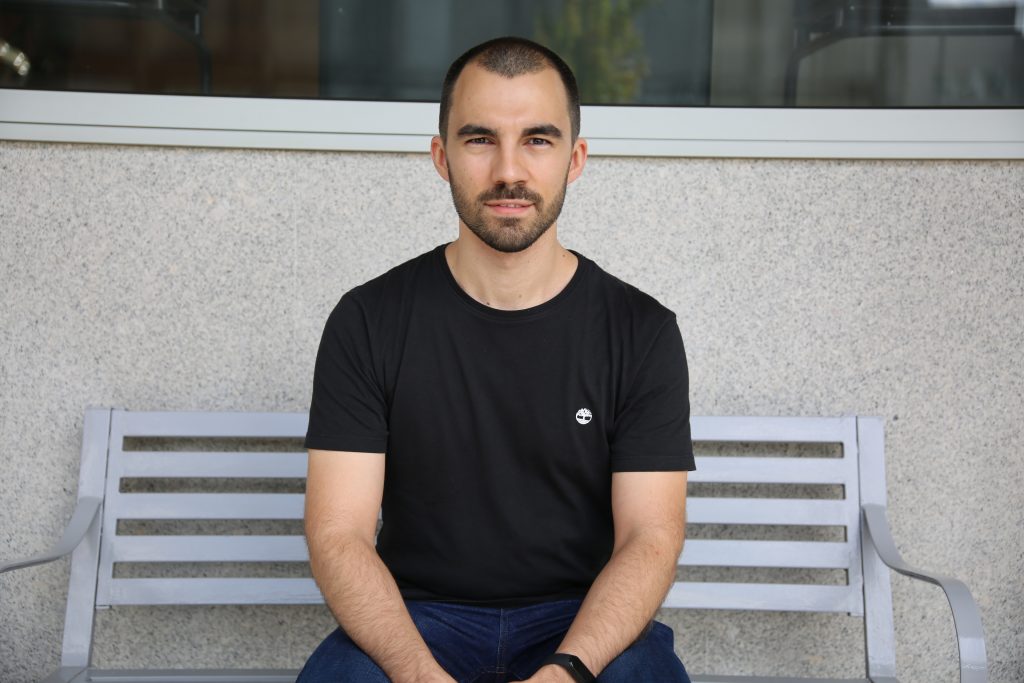 What are your career plans?

The plan is to continue to do NLP research that contributes to a change in the current paradigm solutions, which are dominated by Deep Learning solutions and are very difficult to interpret and to adjust. I am convinced that the current state of NLP meets the ideal conditions in order to combine Deep Learning with contributions from other areas such as Probabilistic Logic. My plan is to continue to work on the missing components in order to facilitate such combinations.

I am very pleased to see our work being recognised, of course. I hope to do justice to this, and that the next steps will not disappoint!

“The CTM Coordination nominates the researcher Rui Campos for the initiative, attitude and leadership of the CTM’s Summer Internship process. This edition of CTM’s Summer Internships was the most popular, attracting over 70 applications for the 36 internships offered. During the month of July, the trainees had the opportunity to gain and consolidate skills in the Centre’s fields of action, developing a group project and in close collaboration with researchers of CTM.
It was indeed satisfying to see the involvement of the entire Centre in the initiative, from the preparation of the internship proposals to the daily monitoring of the performance of activities. The consensus on the merits of the initiative reinforces the excellence of the work performed. Rui: Congratulations!”

What contributed to the success of this edition of the CTM’s Summer Internships?

There were several reasons for the success of this edition. Firstly, the quality of the research work that is done at CTM, which contributed to the presentation of a set of high quality internship proposals. The quality of the proposals presented was in fact one of the major factors for attracting the extraordinary number of candidates that we had. Secondly, the inclusiveness of the proposed internships, allowing the integration of students from the 1st to 5th grade, with different skills and academic backgrounds. Thirdly, the wide dissemination of internship offers in three education institutions (FEUP, FCUP and ISEP), which enabled to reach a large number of potential candidates. Fourth, the heterogeneity of the selected candidates which, combined with the group internships, allowed to achieve really relevant technical and scientific results. Fifthly, the fact that this is the 3rd edition (the first extended to the entire CTM) allowed us to benefit from the experience accumulated in the previous two editions (confined to one of the Centre’s areas). Finally, the colleagues who joined me and were part of the Organising Committee: Ana Filipe Sequeira, Cândido Duarte, Hélder Fontes and Pedro Carvalho. Without the commitment that everyone has put into organising this edition of the CTM’s Summer Internships, it would not be possible to achieve the success that we had.

What can the selected trainees expect for the next edition of CTM’s Summer Internships?

For the next edition, trainees can look forward to new high quality internship offers, which will enable them to work on a short-term research project led by specialist researchers in the key scientific areas of CTM, with the internship being relevant to the development of new scientific and engineering skills.

What are the possibilities for these trainees?

Someone who does a summer internship at CTM can pursue a career at INESC TEC. If you are a student in the first years of Higher Education, you may want to pursue several internships with us. In the case of 4th year students, they will be able to continue the summer internship as part of their Master thesis. Those who complete their Master thesis at CTM may subsequently continue with INESC TEC in two ways: 1) as researchers in national and international R&D projects; 2) as PhD students, continuing their training. Achieving this level, the progression will happen by means of the career plan established at INESC TEC.

I am very pleased to receive this nomination, which I want to entirely share with my colleagues who were part of the Organising Committee: Ana Filipe Sequeira, Cândido Duarte, Hélder Fontes and Pedro Carvalho. Teamwork was crucial to the great success of this edition of CTM’s Summer Internship. Thank you all!