1. Does your path here at INESC TEC began several years ago? How did this journey started?

Henrique Teixeira: My first contact with INESC TEC, at the time INESC Porto, dates back to 2009, when I participated in an Integration into Research Grants (BII) during my fourth year of college, in order to develop standard tests for numerical protection relays. In 2012, after completing my degree, I started my professional life by becoming a member of INESC TEC’s family, more specifically at CPES, where I have learned and grown a lot (not literally), constantly outdoing myself. 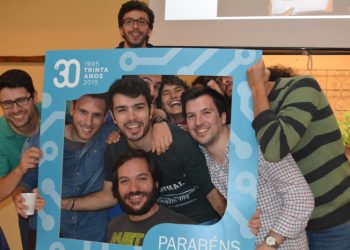 João Silva: It was in 2014 when this journey at INESC TEC began, coinciding with the end of another stage: the Integrated Masters in Electrical and Computers Engineering. At that time, joining CPES was mainly related to two reasons: to know the research world better and to continue my training, this time to achieve a PhD degree. After these years, the perspective has changed considerably since I no longer see this adventure as an experience, but rather as something sustained, in which I want to invest more and more. When I look back, I have no doubt that, at the time, I made the best decision. On a personal and professional level, after almost five years, I was able to evolve in a way that I couldn’t imagine. Therefore, I can only thank those who once believed in me. 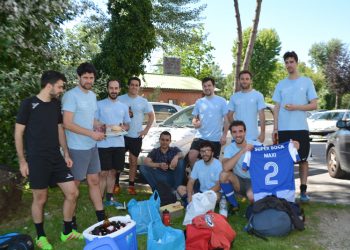 2. How do you describe your workday at CPES?

Although we don’t know a different reality, because our entire career path is associated with CPES, we find it difficult to find a better one. When there is a team that is capable of representing the Centre with commitment and seriousness while at the same time being in a good mood, the conditions for success are met. Therefore, we believe that the creation of bonds with the people that we interact with every day positively impacts the well-being and, consequently, the productivity of each one. That being said, a workday at CPES can be summarised as a group of people who dedicate themselves wholeheartedly to the causes, while bearing in mind the importance of a good leisure moment, no matter how short that might be. 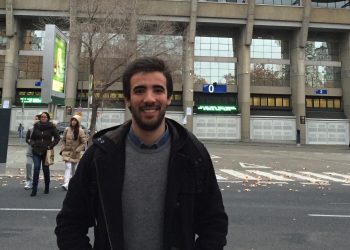 3. Finally, we ask you to please comment on your nomination by the CPES Coordination:

“CPES nominates researchers João Vieira Silva and Henrique Teixeira for Limelight of June for the excellent work they have developed under the InteGrid project, one of INESC TEC’s most relevant European projects.

As the project’s demonstration phase is now drawing near, the key role of both researchers for the success of the project stood out in May. Not only in terms of development and integration of the tools for which they are responsible, but especially for their commitment and positive contributions during all meetings with the other partners of the project at both national (EDP) and international (CyberGrid, GE, AIT) levels.

These contributions not only highlight the CPES and INESC TEC’ skills before external partners, but they have also been essential in order to plan, anticipate and minimise possible integration problems among all the tools (of INESC TEC and external ones) of both demonstrators (Slovenia and Portugal).”

We were very happy and surprised when we received this nomination. We can only address a special word of thanks, because if we are receiving it today it’s because someone believed in us in the first time, in our abilities and gave us time to evolve and to train. As for the project itself, it has been very challenging, without a doubt. Projects such as InteGrid make us push ourselves to the limit and to evolve as professionals. However, our success is not only our merit, but it is also a result of the effort of a team, whose elements we must also mention: Jorge Pereira, Ricardo Bessa, Ricardo Andrade, André Garcia, Carlos Pereira and Luiz Oliveira. So, this recognition also belongs to them.