On 29 May, about 400 people were present in the Main Auditorium of FEUP. For what purpose? To debate the energy systems of the future. The event, which is organised by INESC TEC and that bears the stamp of the European Commission, also included a technological exhibition related to engineering solutions in the energy field.

The opening of the event “Energy Systems of the Future” was carried out by Maria José Espírito Santo, Deputy Director of the Directorate General for Energy and Geology (DGEG), who addressed specific actions and measures to be implemented so that the goals defined for the energy transition are achieved.

Then, there was the first panel, which was composed by INESC TEC researchers and that presented some of the research lines and technological solutions that the institution has been developing in the energy area – while using new technologies, market schemes and solutions based on artificial intelligence – and that will contribute to the materialisation of a vision of the power systems that result at 100% from renewable energy sources. 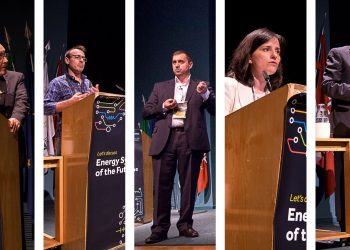 The motto “energy systems with 100% electrical energy resulting from renewable sources” was given by João Abel Peças Lopes, Associate Director of INESC TEC who pointed out that “in 20/30 years, the most developed countries – and Portugal can be included in this group – will use a portfolio of generation technologies that are tendentiously 100% renewable in terms of the primary energies used such as solar, wind power, hidropower, biomass and even geothermal resources in order to satisfy the demand for power generation”.

This was followed by the presentation of Filipe Joel Soares, researcher of the Centre for Power and Energy Systems (CPES) on the “electrification of energy systems”, of Ricardo Bessa, Assistant Coordinator of CPES who debated the theme of “artificial intelligence in the energy sector”, of the researcher of CPES, Clara Gouveia, about the smart grid technologies for addressing societal challenges and the researcher of CPES, José Villar, on “the next revolution in the energy sector: buy and sell energy”. 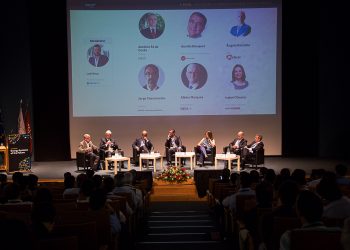 The second panel gathered experts from the energy area, who covered the perspectives of all the involved stakeholders. António Sá da Costa, former President of the Portuguese Renewable Energy Association (APREN) and current President of the European Renewable Energies Federation (EREF), participated in the debate, addressing the topic of renewable energies. Aurélio Blanquet, Director at EDP Distribuição, participated in the debate, giving his perspective on the power distribution grid, while António Ramalho, CEO from EFACEC talked about technology. Jorge Vasconcelos, the former president of the Energy Services Regulatory Authority (ERSE) and current president of NEWES, shared his vision on the electricity markets. Albino Marques from REN and Isabel Oliveira from DECO presented the perspectives of the transmission systems operator and of the consumers, respectively. Luís Seca, Member of INESC TEC’s Board, was responsible for moderating the debate. 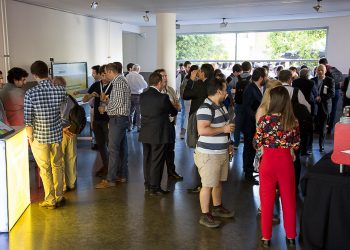 Between the two panels, there was also an opportunity for a technological exhibition. An aerial robot for inspection of power lines in order to reduce human risk, operational costs and time, a smart home energy management system adjusted to user preferences, a digital platform based on serious games dedicated to the energy efficiency and equipped with sensors capable of monitoring levels of humidity, temperature, CO2 concentration or brightness, a smart inverter for production and storage of photovoltaic energy in domestic environment and a wireless communications box for application on offshore platforms of renewable energy sources – were some of the technologies developed by INESC TEC in the energy area that were exhibited on the National Energy Day.

The event organised by INESC TEC was powered by the “Energy Days” initiative, which is organised by the European Commission within the scope of the Sustainable Energy Week. Energy Days are activities that intend to promote a clean transition for clean energy and that can be organised by different public or private institutions in the different European countries.