in Industrial and Systems Engineering

Under the approach to the Industry sector, INESC TEC was present on the first edition of 360 TECH INDUSTRY – International Trade Fair of Industry 4.0, Robotics, Automation and Composites, which took place between 16 and 18 May at Exponor, in Porto.

With the motto “Embrace the Change”, this initiative aimed at introducing the necessary changes to maximise the business profits of the professionals in the industrial sector, as well as to present the latest developments in industrial innovation.

The 360 TECH Industry was divided in three main areas: Connected Factories, a space dedicated to the digital transformation of the companies, through the application of new technologies in the production processes; Composites, a space that focused on the new materials used in manufacturing, aiming at the productivity and competitiveness of companies and considering their environmental impact; Robotics, a space that promoted the applicability of robotic solutions in companies, reducing not only the time, but also the cost of production.

At INESC TEC’s stand, within the scope of the Factories of the Future and as part of the ScalABLE 4.0 project, INESC TEC presented a mobile manipulator that acts in scalable production systems. In addition to that, in the Robotics Space and under the DM4Manufacturing project, INESC TEC presented an intelligent autonomous vehicle for internal logistics applications. This way, INESC TEC’s presence in this initiative was noticeable through technologies that help companies in digital transformation, namely with the digital twin technique, which allows the design and optimisation of plants and production systems, assets management and predictive maintenance solutions. 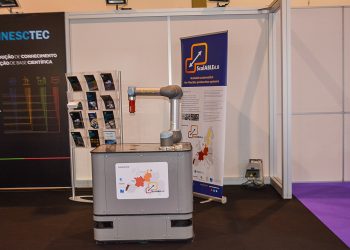 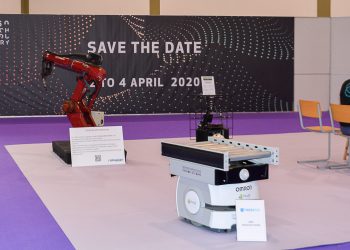 INESC TEC’s Centre for Robotics and Intelligent Systems (CRIIS) also collaborated with Digital Fabrication Lab from the Faculty of Architecture of the University of Porto (FAUP) in the demonstration of a robotics construction application, where the robot exhibited in the Robotics space built a brick wall from the drawing of a line. Besides the exhibition space, INESC TEC was also present through the iMan Norte Hub exhibition space, the Digital Innovation Hub that aims at promoting digital transformation of manufacturing companies of the northern region of Portugal, by means of the identification of opportunities, demonstration and test of advanced solutions, definition of implementation plans and selection of suppliers on the fields of digitalisation, IoT (Internet of Things) and robotics. 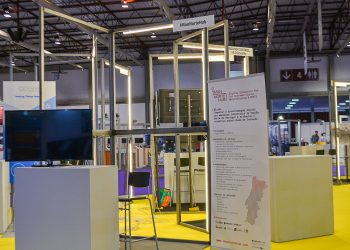 During the three days of the event, there was still the opportunity for a Cycle of Conferences entitled “Let’s Talk 4.0”, in which themes such as automotive engineering, manufacture of additives, digital economy, new communication technologies, 3D impression, among others, were covered.

The 360 TECH INDUSTRY, which brought together entrepreneurs and researchers, also promoted the HubTech Competition, through which ten Portuguese start-ups were awarded with the exhibition of their technological solutions in the event. José Carlos Caldeira, Member of the Board, was one of the juries of this competition.